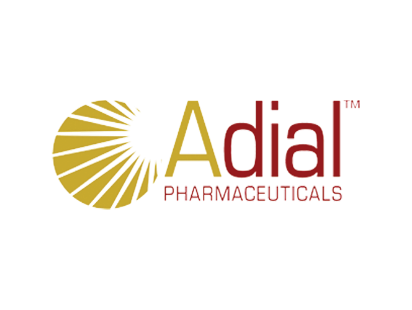 Charlottesville, Va.– Adial Pharmaceuticals, Inc. (NASDAQ: ADIL; ADILW) (“Adial” or the “Company”), a clinical-stage biopharmaceutical company focused on developing therapies for the treatment and prevention of addiction and related disorders, announced the appointment of Cary J. Claiborne as President and Chief Executive Officer. Mr. Claiborne, who has 18 years of experience in leadership roles with clinical and commercial stage, publicly traded biopharmaceutical companies, takes over the role of William Stilley, who was appointed to the newly created position of CEO of Purnovate, Inc. Both executives will remain on the Board of Directors of Adial. The Company also announced that Kevin Schuyler, who has served as Vice Chairman and as an independent director, has been appointed Chairman.

Mr. Claiborne currently sits on the boards of NeuroSense Therapeutics, a clinical-stage drug development company that is advancing a treatment for people living with amyotrophic lateral sclerosis and CytRx Corporation, a biopharmaceutical company focused on discovering and developing new cancer therapeutics. He graduated from Rutgers University with a B.A. in Business Administration and earned his M.B.A from Villanova University and was a National Association of Corporate Directors (NACD) Governance Fellow.

“The change in leadership is aligned with Adial’s focus on advancing AD04 toward commercialization,” said Mr. Schuyler. “As CEO, Cary brings extensive experience as an executive and board member with other commercial stage biopharma businesses. I believe Cary’s years of professional experience will prove invaluable as Adial transitions toward commercialization. Given what we view to be very positive results in our Phase 3 ONWARD trial, we believe the timing is ideal for this transition as we shift our primary focus to advancing our regulatory strategy and pursuing potential partnering activities around AD04. Cary brings a proven track record, both in the field of addiction and, importantly, on the commercial front. While Cary drives the Adial business forward, Bill will lead the development strategies for the Purnovate assets. Given the distinct operating needs involving a late-stage clinical asset in AD-04 and those tied to preclinical programs moving toward human studies at Purnovate, we are confident that this new leadership structure is best for Adial.”

Mr. Claiborne added, “Adial has reached an important inflection point, having met significant milestones and achieved positive data in a commercially viable patient population. We remain highly encouraged by the path forward based on feedback from both key opinion leaders and our regulatory advisors. As a result, we look forward to discussing the ONWARD results with both the EMA and FDA. At the same time, we plan to aggressively explore potential partnership opportunities in Europe and the U.S. I look forward to continuing working closely with Bill in his new role at Purnovate with an eye toward bringing to market a much-needed treatment for the benefit of patients while also creating value for our shareholders.”

Mr. Stilley commented,“I was fortunate to have Cary join my team this past December. He is an impressive, world-class senior pharmaceutical executive who has made great contributions at the Company, and I am thrilled that he has been elevated to the role of CEO of Adial.” Mr. Stilley continued, “Adenosine is critical neurotransmitter that is known to be involved in a host of different medical conditions. Purnovate, with its adenosine platform, has the potential to treat a wide range of important unmet medical needs such as pain, asthma, cancer, diabetes, and inflammation. It is Purnovate’s bioavailability technology that has allowed this breakthrough for the numerous potential applications. Purnovate is at a growth stage that now requires a dedicated CEO focused on developing its assets. I am grateful to the Board for the opportunity to focus on Purnovate and look forward to the impact I am confident we can have on human health and on increasing value for our shareholders.”