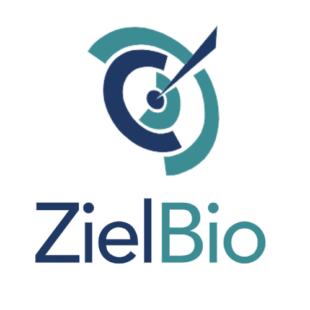 Charlottesville’s ZielBio finalized a $15 million funding round this summer to complete initial trials of a cancer treatment drug it hopes to bring to market in 2024.

The genesis for the company started when founder and CEO Kimberly Kelly was completing a post-doctoral fellowship at Massachusetts General Hospital. She noticed a correlation in some cancers with the progression of cancer-specific plectin, a protein. The protein became more prevalent in part of cancer cells as certain cancers progressed. She began researching ways to target the plectin as a treatment.

Kelly took a position as a professor in biomedical engineering at the University of Virginia and continued her research. She developed a targeted treatment and initially talked to pharmaceutical companies about licensing the technology. Because the approach was new, the companies wanted to see more data. That meant spinning the technology off from the university and seeking private financing.

“The government and the institutions like the universities don’t have the money to do the $10 million for manufacturing and the $2 million study,” Kelly said.

The company, which was originally known at ITI Health, raised $110,000 in 2011, according to Securities and Exchange Commission filings. Six years later, it filed paperwork that it had raised nearly $750,000 in equity financing. In 2019, ZielBio raised $25 million in Series A funding led by Morningside Venture Investments and Partners Innovation Fund. The money went toward research and initiate clinical trials.

The current $15 million round closed in July, according to Kelly. The money will be used to complete phase 1 trials and start phase 2 clinical trials. Kelly expects to begin another fundraising round if the results from the initial clinical trials are positive.

“We will we never stop fundraising,” Kelly said. “Once we finish this phase 1 trial, this dose escalation trial, we are looking to raise $75 million. And that allows us to get [the treatment] to registrational trial and go for that [Food and Drug Administration] approval. We also have additional programs or additional drugs in the pipeline, so that $75 million would allow us to bring the next drug into the clinic.”

While private equity is a possibility, Kelly said the company could look for a partnership with a larger pharmaceutical company. She is confident the company has the data to support further investigation of the treatment method.

“They would give us money to be able to finish out the clinical trials,” Kelly said. “It would be a co-development deal.”

She said building a company and developing a cutting-edge cancer treatment has been a lifelong dream. She grew up in a small town and was always curious about diseases and treatments. She wanted to find a way to help people who were sick.

Kelly believes the treatment method develop at ZielBio can be used for other diseases besides cancer-specific plectin. The current treatment is aimed at combating ovarian, pancreatic, lung and colorectal cancers.

“It’s not genetics where you go and you screen for things,” Kelly said. “This is the way our approach is, the way to look for a functional target that is important to the cancer. And in that way, we can really find something that’s the Achilles’ heel of the cancer and treat it without the side effects that other drugs have because they’re looking at expression.”

The company current has 12 employees and works with around 30 consultants.